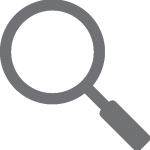 REAL focuses on investing in commercial power generation from cost competitive renewable sources (e.g., wind, hydro, solar) in Latin American markets where the demand for energy is dramatically outpacing supply. In many Latin American markets, such as Central America, there is a limited amount of domestic hydrocarbon fuel supply, making renewable alternatives cost competitive with little to no government incentives. In other markets, such as Mexico or some South American markets, hydrocarbon resources are either under-developed and/or export focused and are largely incapable of satisfying the overwhelming domestic energy demand growth, allowing renewables to play a significant role in increasing the supply of power for those markets.

What Is Renewable Energy?

Energy is said to be renewable when it is derived from replenish able sources such as wind, water, biofuels, and the sun. Whereas a coal mine becomes depleted as coal is extracted, a renewable resource is naturally replenish able after it is harnessed to generate power.

Hydropower or water power is power derived from the energy of falling water and running water, which may be harnessed for useful purposes. The power extracted from the water depends on the volume and on the difference in height between the source and the water’s outflow. This height difference is called the head. The amount of potential energy in water is proportional to the head. A large pipe (the “penstock”) delivers water to the turbine to generate energy. Run-of-the-river hydroelectric stations are those with small or no reservoir capacity, so that the water coming from upstream must be used for generation at that moment, or must be allowed to bypass the dam.

Hydropower is the world’s largest source of renewable energy. In Latin America, it is the main source of power generation, accounting for roughly 65 percent of all electricity generated. Altogether, Latin America’s installed hydropower capacity totaled 153 GW at the end of 2010.

Biomass energy is an all-encompassing term that refers to the generation of energy using a feedstock derived from live organisms, typically plants such as palm or sugar cane. As a renewable energy source, biomass can either be used directly via combustion to produce heat, or indirectly after converting it to various forms of biofuel.

As of 2012, almost half of all installed renewable energy in Latin America (roughly 10.2 GW), excluding hydroelectricity, came from biomass sources. The primary raw biomass material used to produce electricity in Latin America is bagasse, the dry waste from sugarcane, of which Brazil accounts for roughly 80% of the regions production.

Solar power is the conversion of sunlight into electricity, either directly using photovoltaic (PV), or indirectly using concentrated solar power (CSP). Commercial scale solar generation is dominated by the use of PV panels. PV cells convert light into electricity by absorbing the sun’s radiation. A collection of solar panels for large scale generation is referred to as a solar farm, while individual panels placed on homes or office buildings are referred to as ‘distributed’ solar power.

Currently, solar makes up less than 4 percent of the Latin America’s overall energy matrix. However, the potential is significant in countries such as Mexico, Brazil, Chile, and Ecuador, as well as Central America. At the beginning of this year, approximately 10 GW of solar projects were planned for the region, though only 90 MW are currently operational. Over 450 MW of solar projects are planned across Latin America for construction in 2013 alone.

Geothermal energy is derived from the Earth’s natural heat and most geothermal fields are located around volcanically active areas which are often located close to the boundaries of tectonic plates. To utilize these underground resources for power generation, wells are drilled to tap into the geothermal reservoirs to access steam or fluid and transfer it through pipes to the power plant where the steam can be used to power a turbine generator.

Geothermal has a long history in Latin America with Mexico being the 4th largest geothermal energy producer globally. Central America has significant geothermal potential: this region has installed capacity of around 493 MW. Most capacity is concentrated in El Salvador (204 MW) and Costa Rica (163 MW), followed by Nicaragua (87 MW) and Guatemala (49.5 MW). El Salvador has one of the highest percentages of power generation from geothermal in the world at around 24 percent. 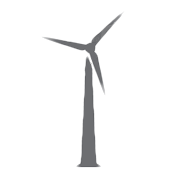 Wind power is the conversion of wind energy into a useful form of energy, such as using wind turbines to make electrical power, windmills for mechanical power, wind pumps for water pumping or drainage, or sails to propel ships. Wind power, as an alternative to fossil fuels, is plentiful, renewable, widely distributed, clean, produces no greenhouse gas emissions during operation and uses little land. The effects on the environment are generally less problematic than those from other power sources.

Brazil currently has the largest installed wind capacity in Latin America and is steadily growing. However, large, utility-scale wind projects are underway in Mexico, namely in the Oaxaca state, as well as Colombia, Costa Rica, Honduras, Nicaragua, and Peru, which all have sizable wind farms and expansive plans for future development.

Efficient energy use, sometimes simply called energy efficiency (EE), is the goal to reduce the amount of energy required to provide products and services. For example, insulating a home allows a building to use less heating and cooling energy to achieve and maintain a comfortable temperature. At a commercial scale, this business is dominated by Energy Service Companies (ESCOs). ESCOs develop, implement and provide or arrange financing for upfront EE investments for its clients. Repayments from savings allow clients to compensate ESCO’s ongoing savings monitoring, Measurement & Verification (M&V) costs, and assumption of risk. The fundamental concept of the ESCO business model is that the client does not have to come up with any upfront capital investment and is only responsible for repaying the investment made or arranged by the ESCO.

All Latin American markets can benefit substantially from the proliferation of competitive ESCO’s but especially those where there are large government owned facilities that are generally large and inefficient consumers of electricity. Further, the rising economic tide across Latin America provides enormous ESCO opportunities in high density housing and commercial office management. 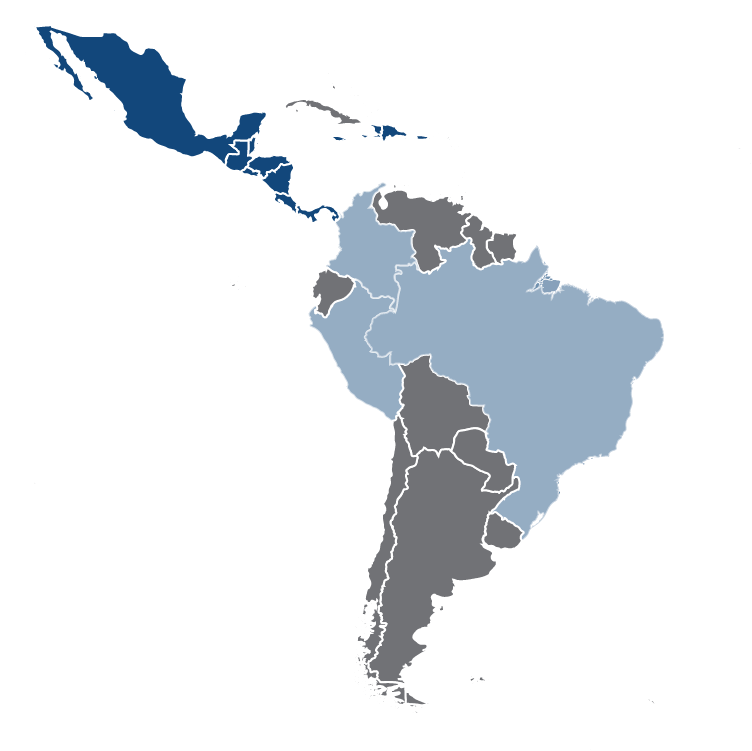 Second to Brazil, Mexico is the largest power market in Latin America. Although CFE, the national utility, dominates the market, independent power producers are allowed to build and operate power plants of up to 30 MW of capacity. Self-generation is also permitted, allowing for larger scale projects.

Central America is made up of seven different countries, each with its own unique laws and regulations governing its electricity sector. The market as a whole is expected to see annual electricity demand grow by 4.83% between 2012 and 2017, providing ample opportunity for independent power producers.

Outside of Cuba, The Dominican Republic, Trinidad and Tobago and Jamaica are the largest electricity markets in the Caribbean. Average annual growth in the region is expected to be 3.2%. Outside of renewable energy, these island nations have few native sources of fuel to power their economies.

The national government has acknowledged that Brazil is overly dependent on large-scale hydroelectric power plants, which generate more than 75% of the country’s power. Current efforts are underway to diversify the national electricity generation matrix, providing a number of investment opportunities around wind, small-scale hydro and biomass.

Peru’s diverse geography provides an abundance of opportunities for wind, solar, small-scale hydro and geothermal projects. Following the liberalization of the power sector in the 1990’s, the market has benefited from the presence of independent power producers, which are responsible for 70% of the country’s installed capacity.

Colombia has a free and sophisticated electricity sector, with independent power producers permitted to enter into short or long-term contracts or sell power on the spot market. The country has a wealth of renewable energy resources and has one of the more sophisticated biofuels market. 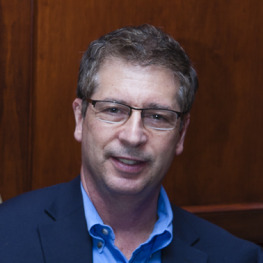 Mr. Pearlman has more than 25 years of experience in the energy business, working on wind, hydro, geothermal, biomass, natural gas, oil, coal and nuclear power projects. He was President of the Americas Division of Globeleq, a global power company, and he has also worked for Suez, Enron, PSEG Global and Pacific Gas and Electric. 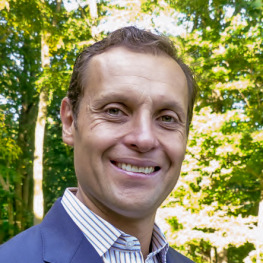 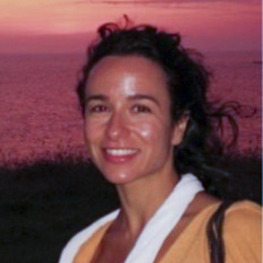 Miss López was a Vice President at Conduit Capital Partners, where she evaluated and executed new investment opportunities in thermal, hydroelectric and renewable energy. She has worked with Wolfensohn Capital Partners, where she evaluated opportunities in the renewable energy, forestry and green chemistry sectors in emerging markets. 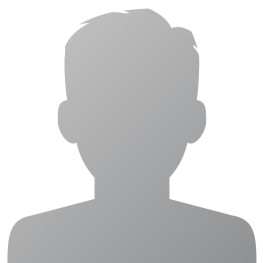 Real Infrastructure Capital Partners, LLC is pleased to announce the final closing of its Latin Renewables Infrastructure Fund, LP with US $100M of commitments. The Fund invests in utility-scale, renewable power generation such as solar, wind and hydropower in Latin America. Mexico and Central America markets rich in renewable energy resources, continue to experience rapid growth in demand for electricity.

Real Infrastructure Capital Partners LLC (REAL) is pleased to announce the first closing of its Latin Renewables Infrastructure Fund, LP with approximately US $50M of commitments. The Fund will invest in utility-scale, renewable resource power generation – principally wind and hydro power – in Latin America, with an immediate focus on Central America. Market conditions for renewable energy in Latin America are highly favorable with assets being price competitive with fossil-fuel based generation (e.g., oil, gas, coal) with little to no subsidies required. The target size of the fund is $150 – $200M. END_OF_DOCUMENT_TOKEN_TO_BE_REPLACED

Real Infrastructure Capital Partners and the Latin Renewables Infrastructure Fund welcome comments and questions regarding our Sustainable Investment Policies including any environmental and social matters. Please contact us at [email protected] Thank you.